So as most of you know who either know us or grace my blog with your readership you know the battle of hair began with the oldest Pea.  Well the littlest Pea  is always trying to keep up with her sister and that includes her  tremulous locks!  And so begins the never ending battle of hair…..again.

We never had to worry about Py’s hair at this age because believe it or not her hair was straight! It didn’t really curl until she was three.  Phoebe’s hair is half curly half knots!  Now she loves it when her Aunt Dawn or her sitters brush her hair she even asked then too!   BUT She seriously can’t stand Mommy or Daddy trying to brush it out and she will run and hide in her castle to get away…..

That stinker she even tries to go incognito but we still try to get those knots out!

When we eat any meal Daddy can usually get a head band in because if he doesn’t it’s hair soup, spaghetti or hair pizza none of which is appetizing at all because she will freak out and scream hair if she sees it. 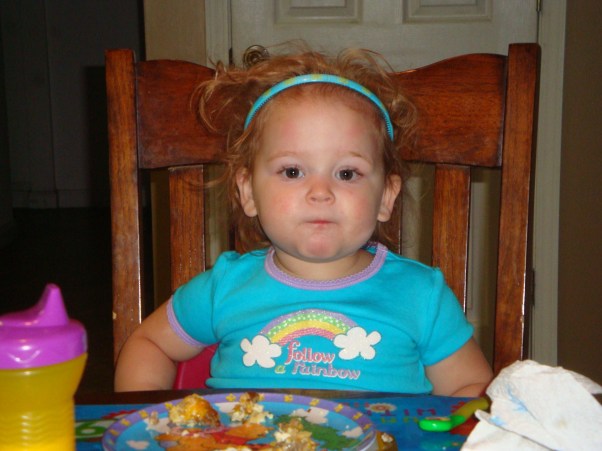 Every once in a while if I sneak up from behind……I may get a tiny pony tail to keep the hair out of her little eyes.   So she can see!

But I guess just like her sister when all else fails even in the dead of summer WEAR A HAT~! 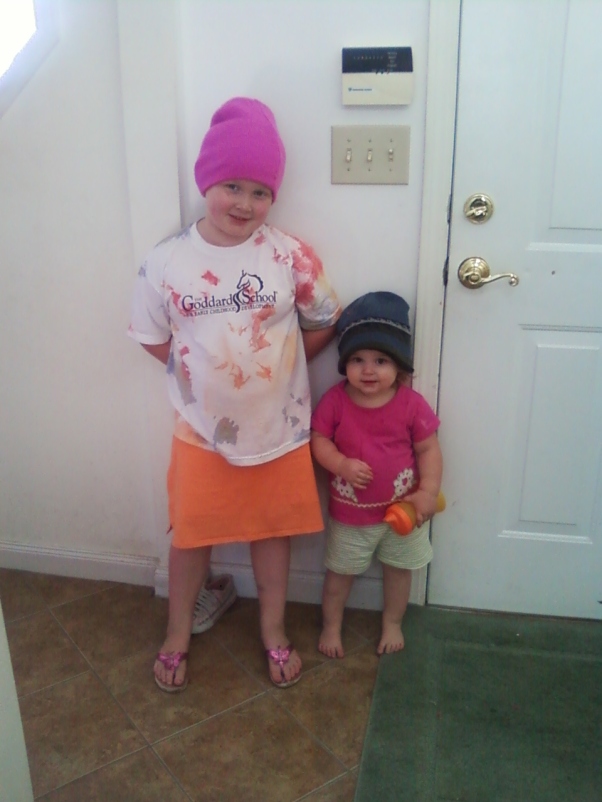 4 thoughts on “The Never Ending Battle Of Hair ….. the PEAQUAL !”