Every year since I can remember nothing good has ever happened on my birthday, there has been stitches, broken bones, bruises, accidents and even heartbreak.  Last year I refused to leave my house because I didn’t want to risk it!

This year I refused to believe my birthday was cursed.  I wanted to be with the peas and have an awesome day.  I chose to visit the Loveland Castle or as it is formally called the Château Laroche.

It took 90 minutes to get there not bad and the girls were in great moods so that was even better!

They are open 11 – 4 and its only $5 to take a self guided tour which I personally LOVE when you go in you are greeted by a volunteer who tells you a little about the castle and which rooms are which.  Of course the first thing we saw was the Dungeon <—– sign.

And immediately ran to it…. 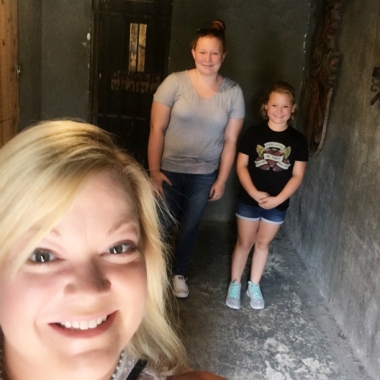 They cracked up because someone placed a lucky troll in there with the “prisoner” not too lucky it seems !

The dungeon led out to the gardens but we wanted to see the rest of the castle before we headed out there.

We went back upstairs and saw Sir Harry’s office, it was amazing left just as he had left it. (behind bars so no one could disturb) 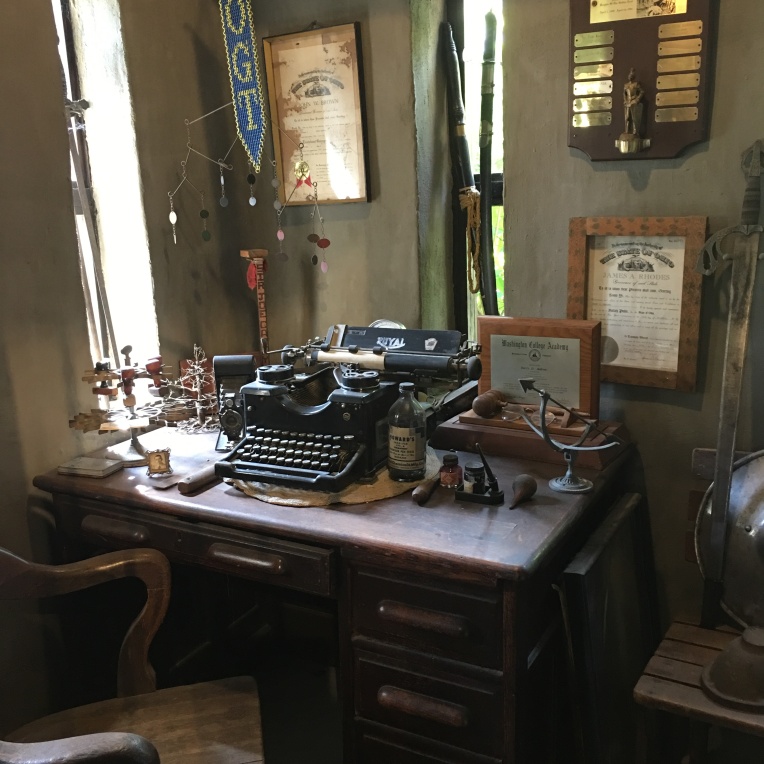 His bedroom was in the same condition so awesome….. 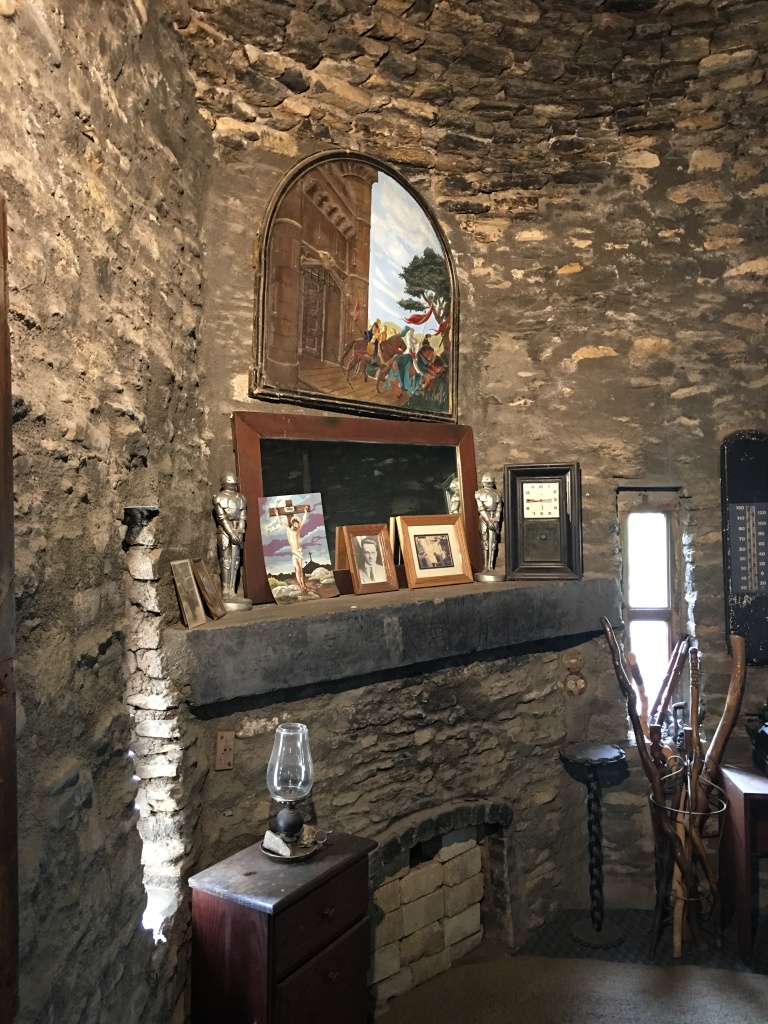 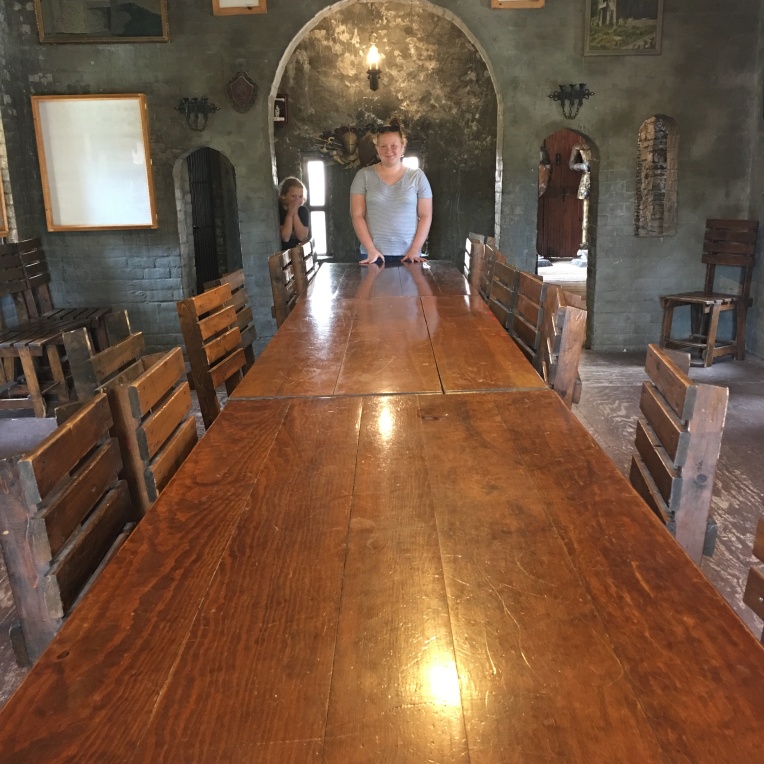 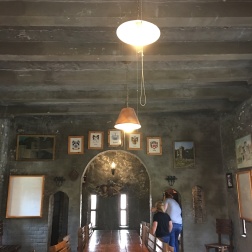 In the back they have a sword collection and a video playing that tells you all about the Castle and Sir Harry, all the art, the chairs, the chains, and the Suit Of Armors 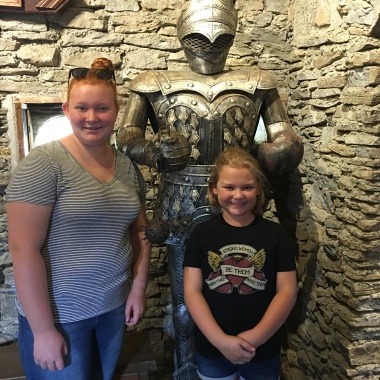 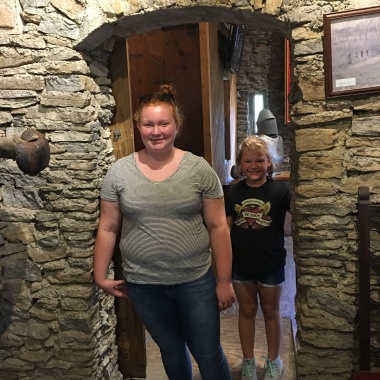 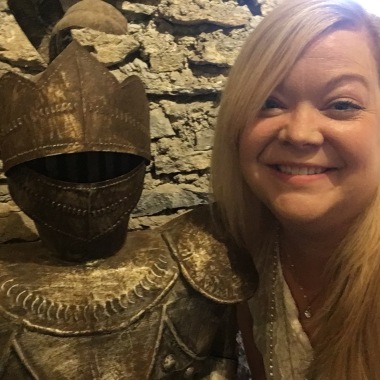 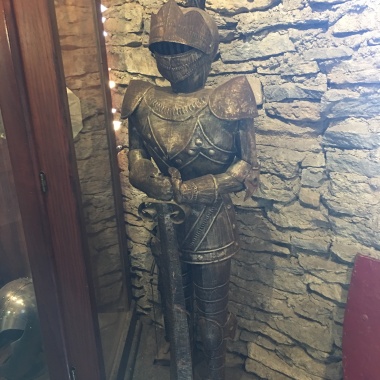 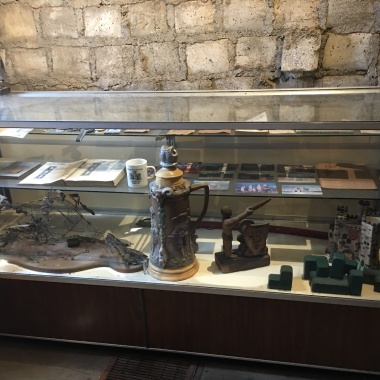 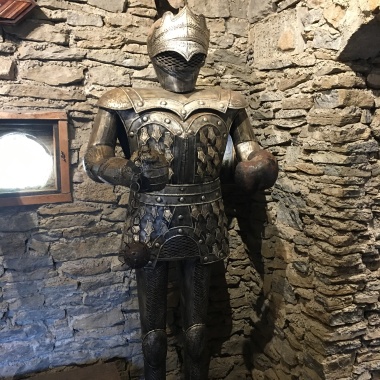 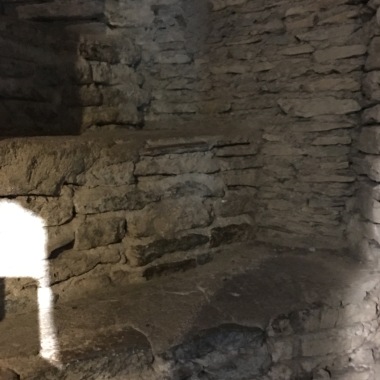 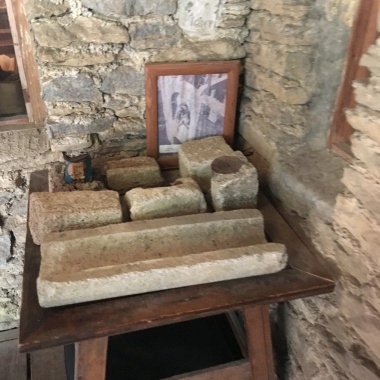 But that wasn’t all there was one more floor sort of….it was blocked off but the roof area was just spectacular from what we could see and just the stairs going up there well the kids said they were way cool 🙂

I would have loved to roamed all over the roof it did look pretty cool. So we went back down a flight look again in case we missed something. 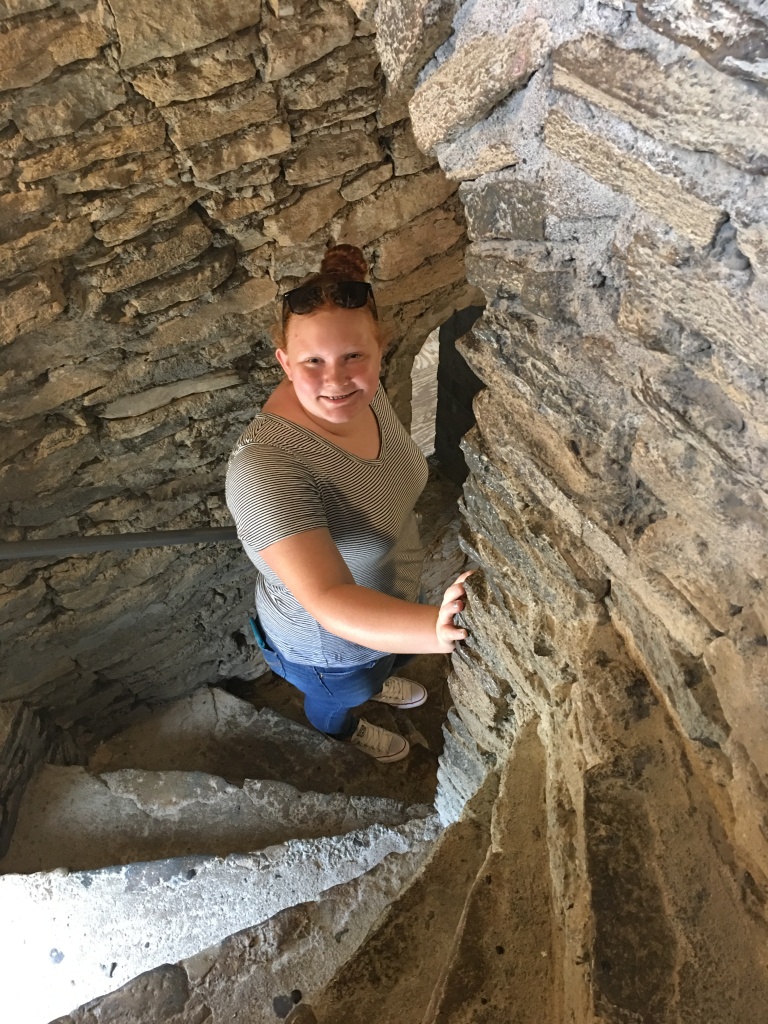 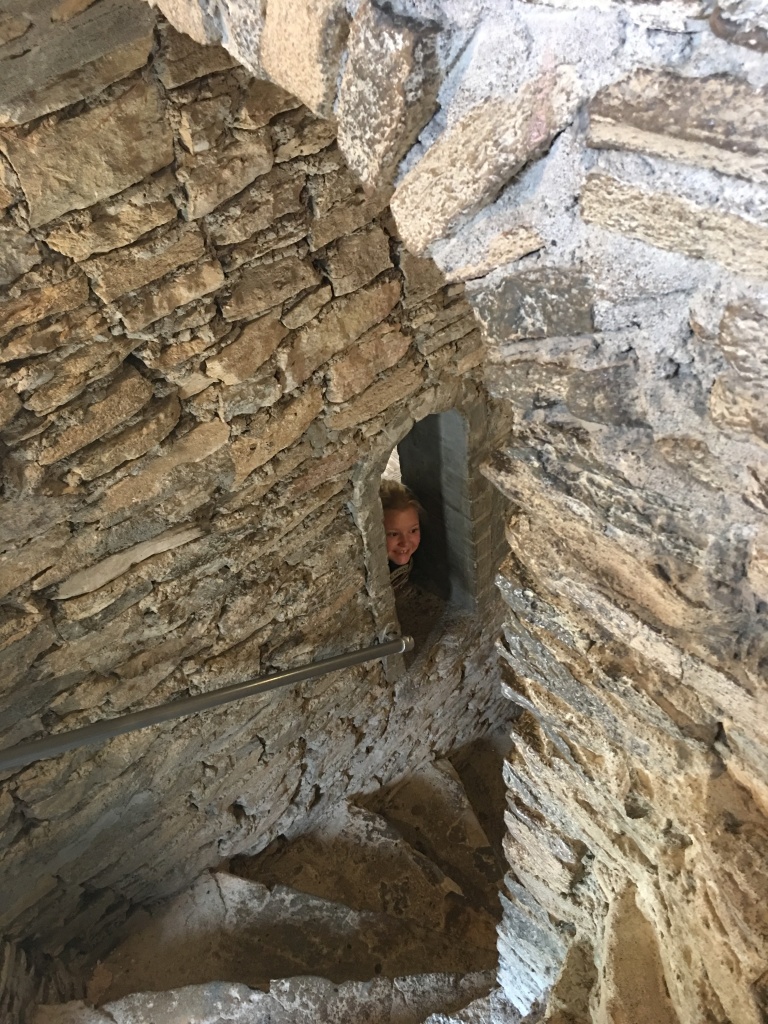 Also those were some of the best pics I ever took of these girls! 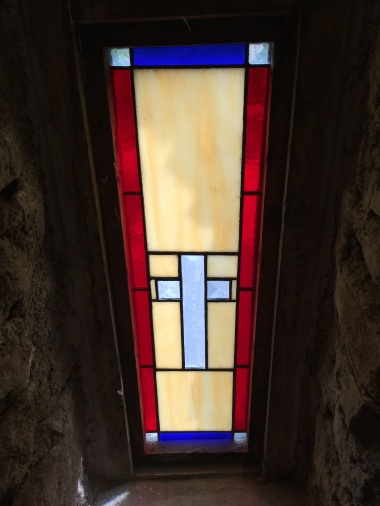 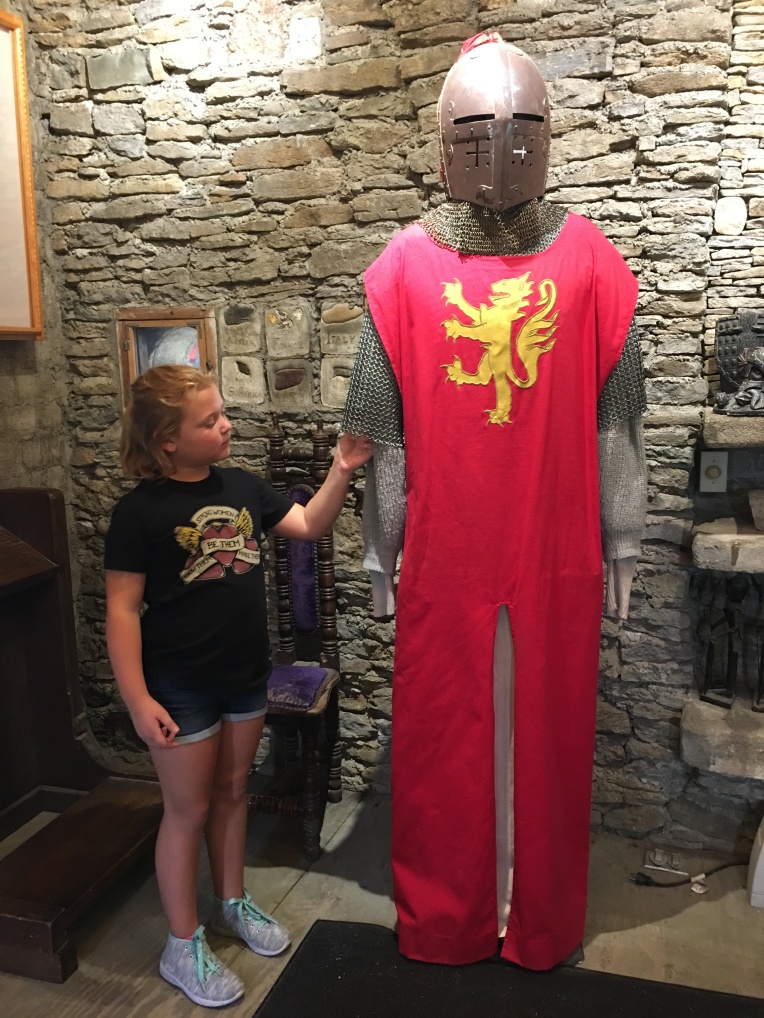 We found a oriel window….a small balcony to look over some of the garden.

Look at the dragon!

Now look at us LOL

We ventured outside the castle and it was gorgeous….. 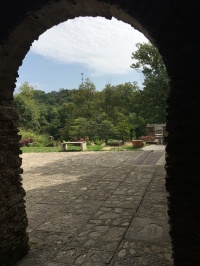 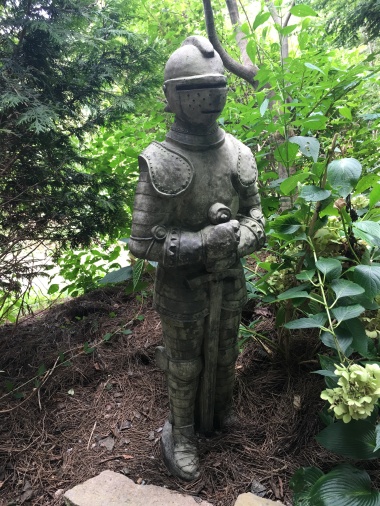 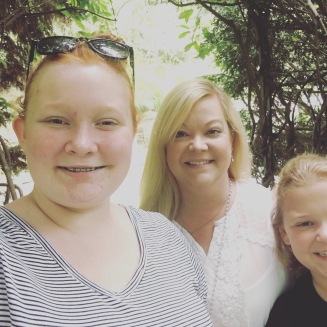 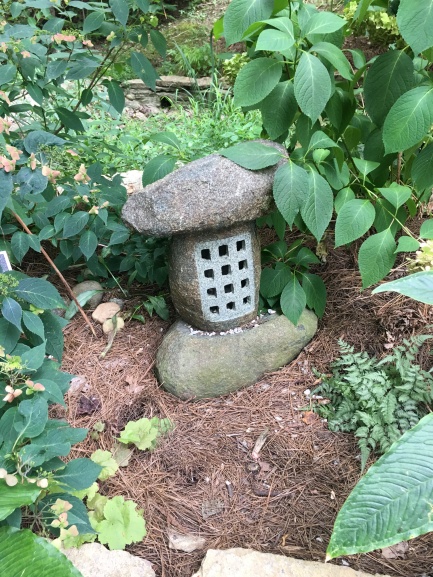 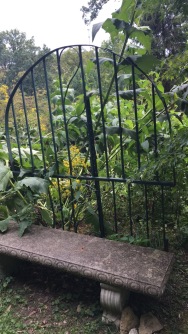 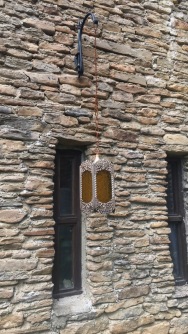 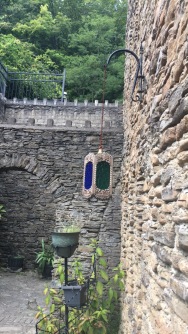 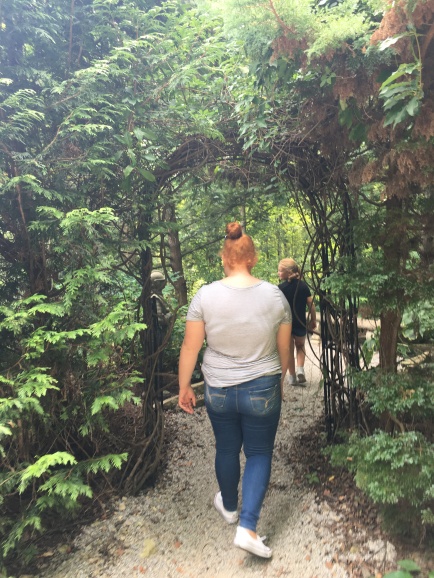 We loved this little trip we even ran back in for one more picture…. 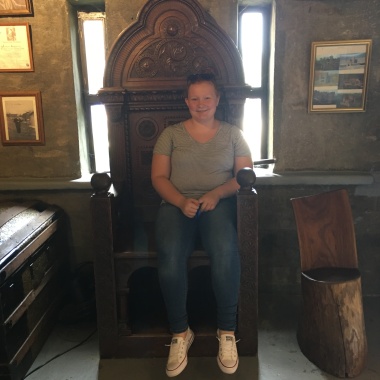 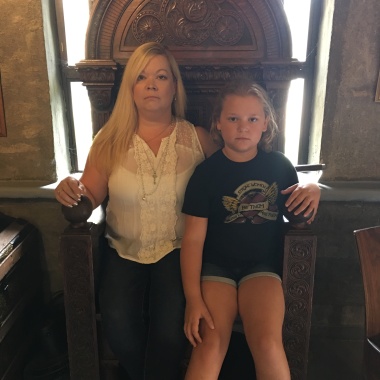 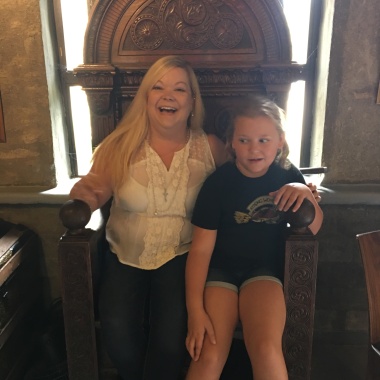 They weren’t too into it and the little wouldn’t sit alone I made her pretend to be royal apparently royal is a mean mug. HA!

The castle was a perfect day trip for my birthday with my girls for more info about the place go here:  http://www.lovelandcastle.com/  if you check it out let us know how much you liked it!

OH and then there was this! 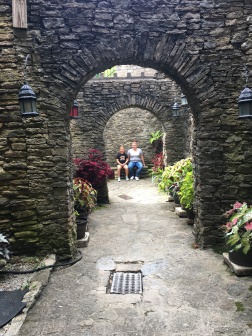 Next time we go we will go on one of the castle days they host once a month is the summer….also going to go hiking right there too !~  Sir Harry lived from 1890 – 1981 his life was amazing and the way he built this castle by himself stone by stone is nothing short of amazing.   So do it Google him I feel if I start adding facts and stories I will have lifted it all from other website…I don’t want to do that 🙂

PS……for those that believe in b-day curses……on our way home at the gas station waiting to turn into a spot to get gas…..we got hit by a lady pulling out of a parking spot……she didn’t see us.

Next year we might just might not leave the house again $1580 of damage but at least we were able to drive home…..kind of killed the day though thanks lady!

Update to answer a question from a follower: Phoebe’s T-shirt came from https://www.humanunlimited.com/  We all have one! She wears hers at least once a week ~ I have gotten a few from them and they are amazing to check them out!!! (also they are located in my hometown of Akron OHIO! woohoo!)

Published by Mom of 2 Peas

One thought on “Two Peas and a Castle”

Join 1,126 other subscribers
Follow Mom of 2 Peas on WordPress.com