The oldest pea became a Brownie Girl Scout this year and when she was picked to bring the snack for one of the meetings she wanted to make it herself no store bought treats from her no way! So she grabbed her Silly Snacks Cookbook and found a recipe for the Teddy Bear Snack Mix and from there she made her own rendition. 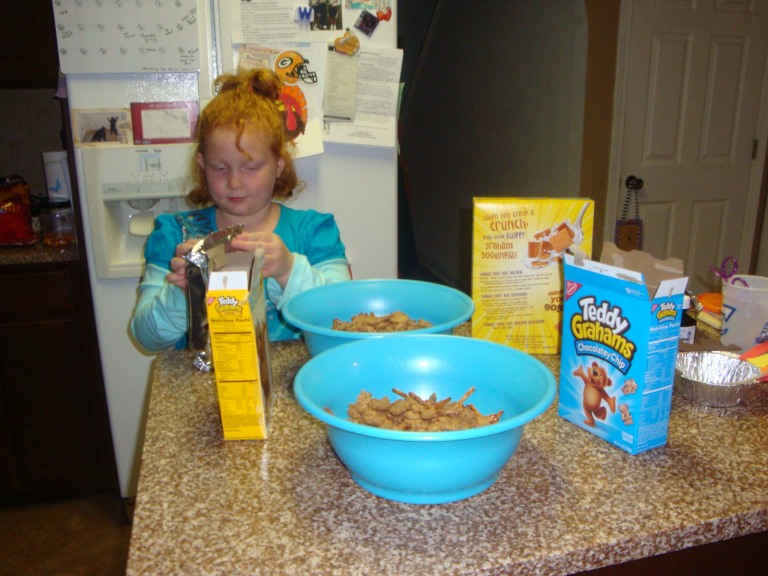 We needed two bowls because we have a lot of girls in out Troop (-: 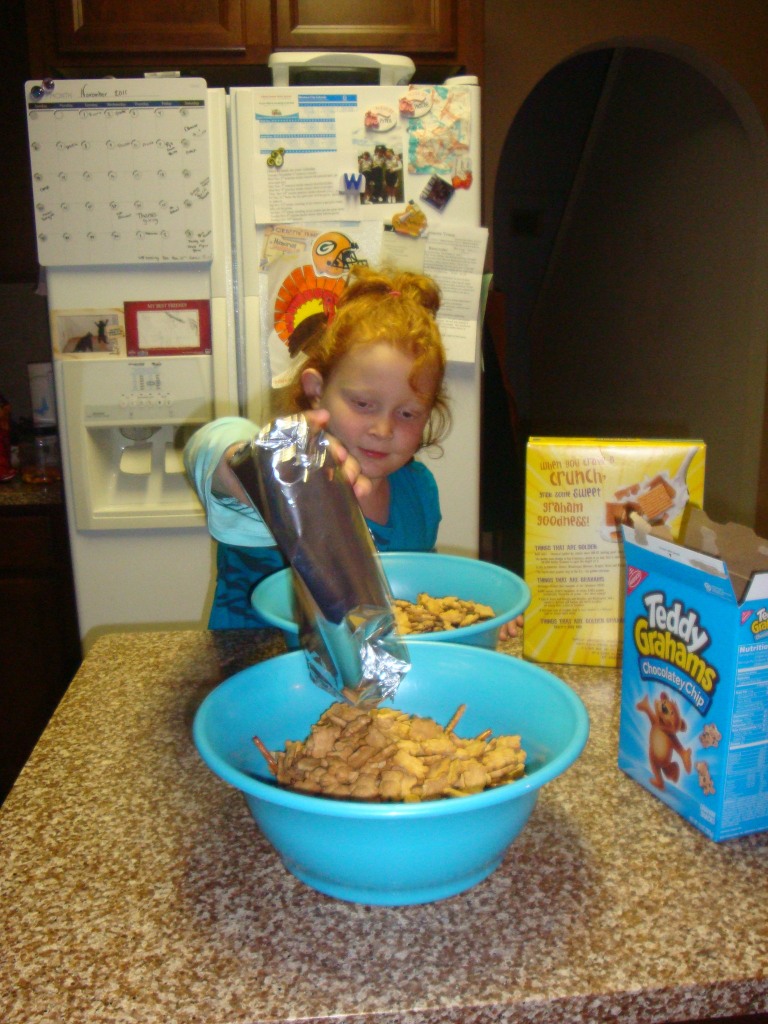 And pretzels the recipe called for potato sticks but we looked everywhere and couldn’t find them so we switched it up.

Then mix it all up!   (with CLEAN hands of course!) 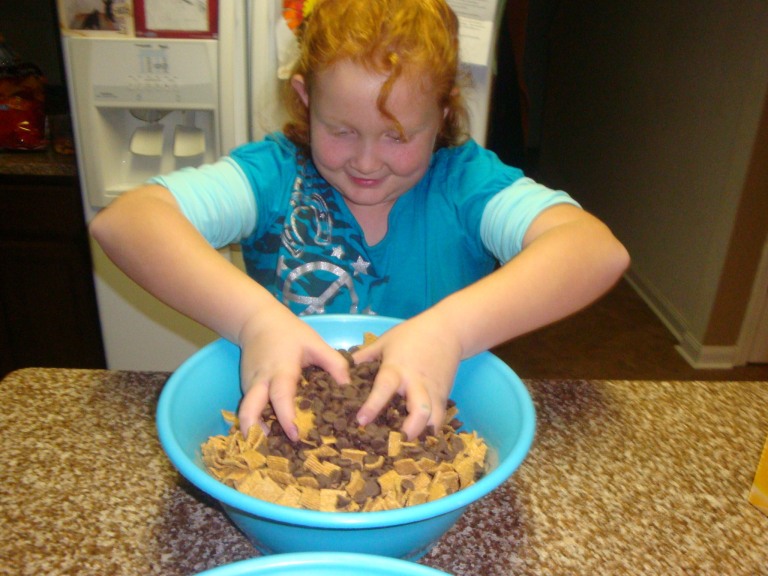 Your hands may get a little messy

She was so proud and did it all herself she even put it in the little individual containers for the girls.  Now shouldn’t there be a badge for that??

Now comes the youngest pea she wanted to make her own treats for Valentine’s Day so what better than the Teddy Bear Snack Mix?? and yes she did it ALL by herself.

A while ago Dad of 2 Peas bought a huge container of cheeseballs I kept the container for scraps of ribbon but hadn’t used it yet.  I pulled it out for Phoebe to make her mix it was perfect for her! 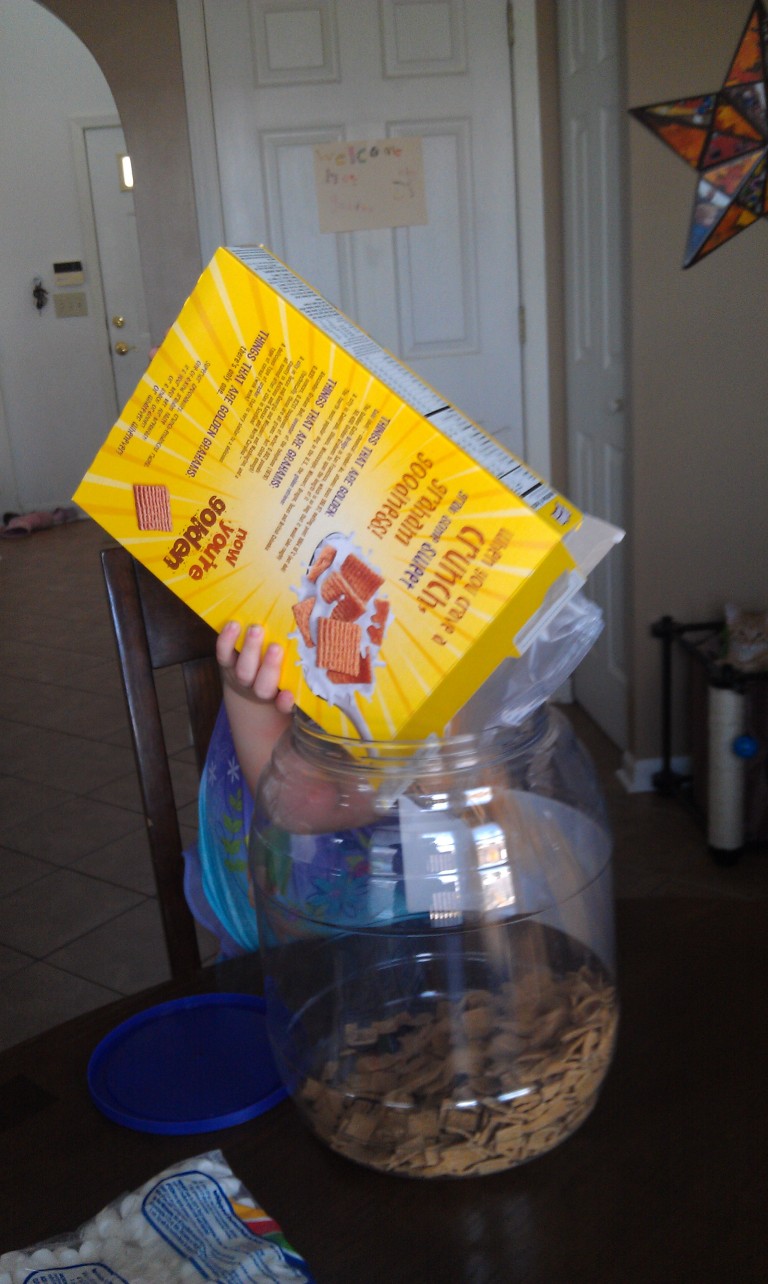 So again we used Golden Grahams …… 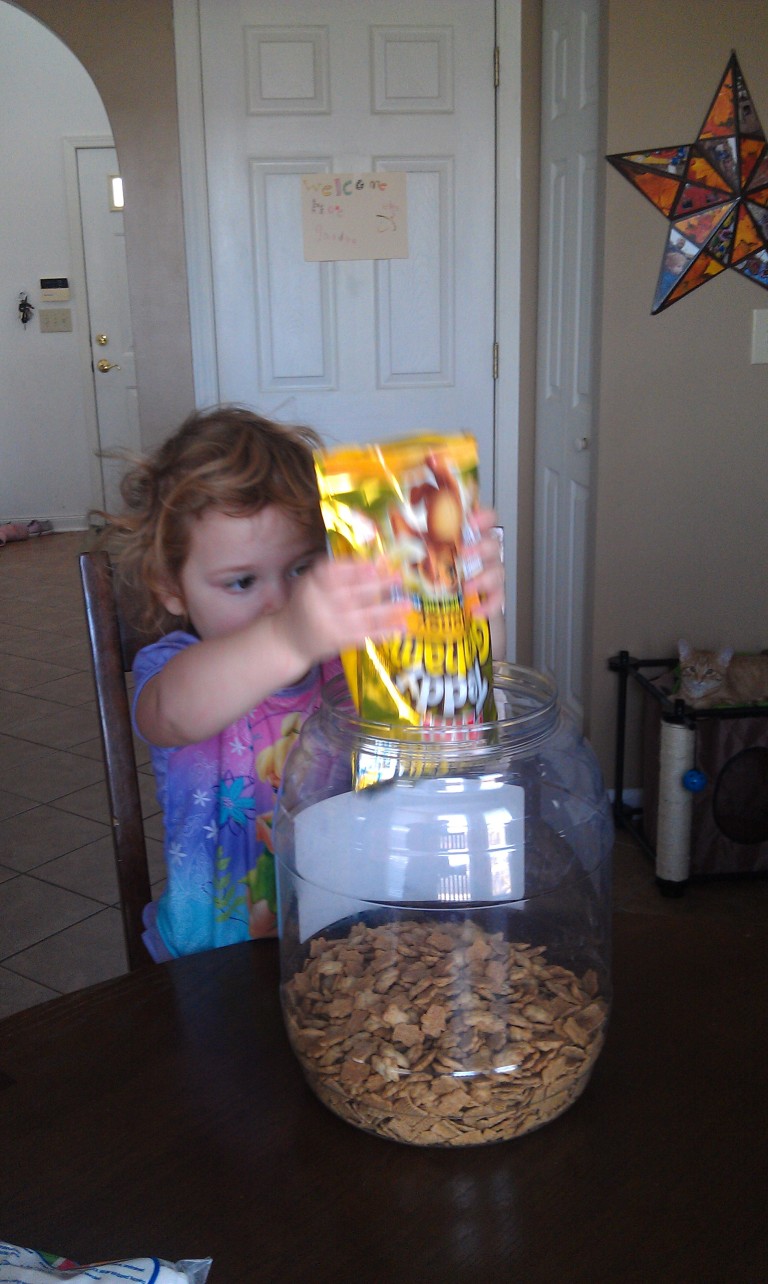 She wanted to add marshmallows! ……. 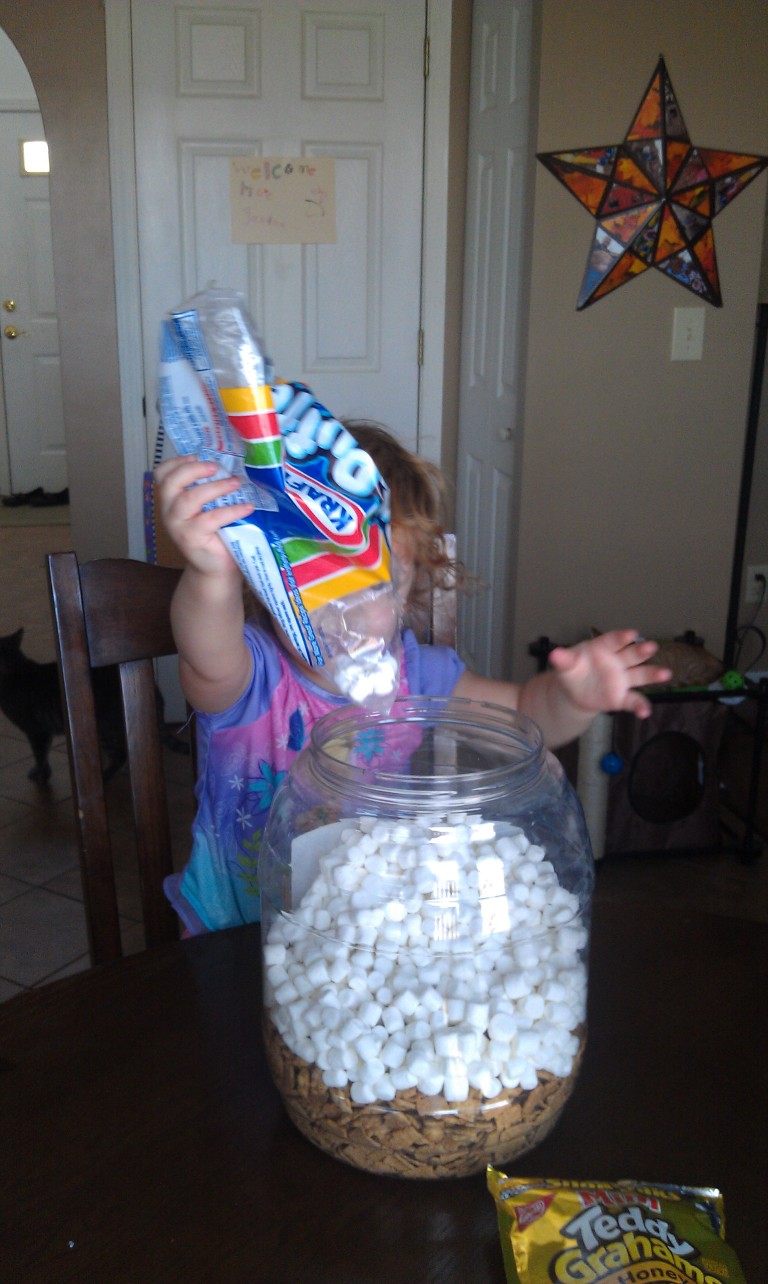 We found the potato sticks ……

Added more of EVERYTHING to fill to container……

And shook it up up to mix it now she was the proud pea and I am one proud Mommy ! 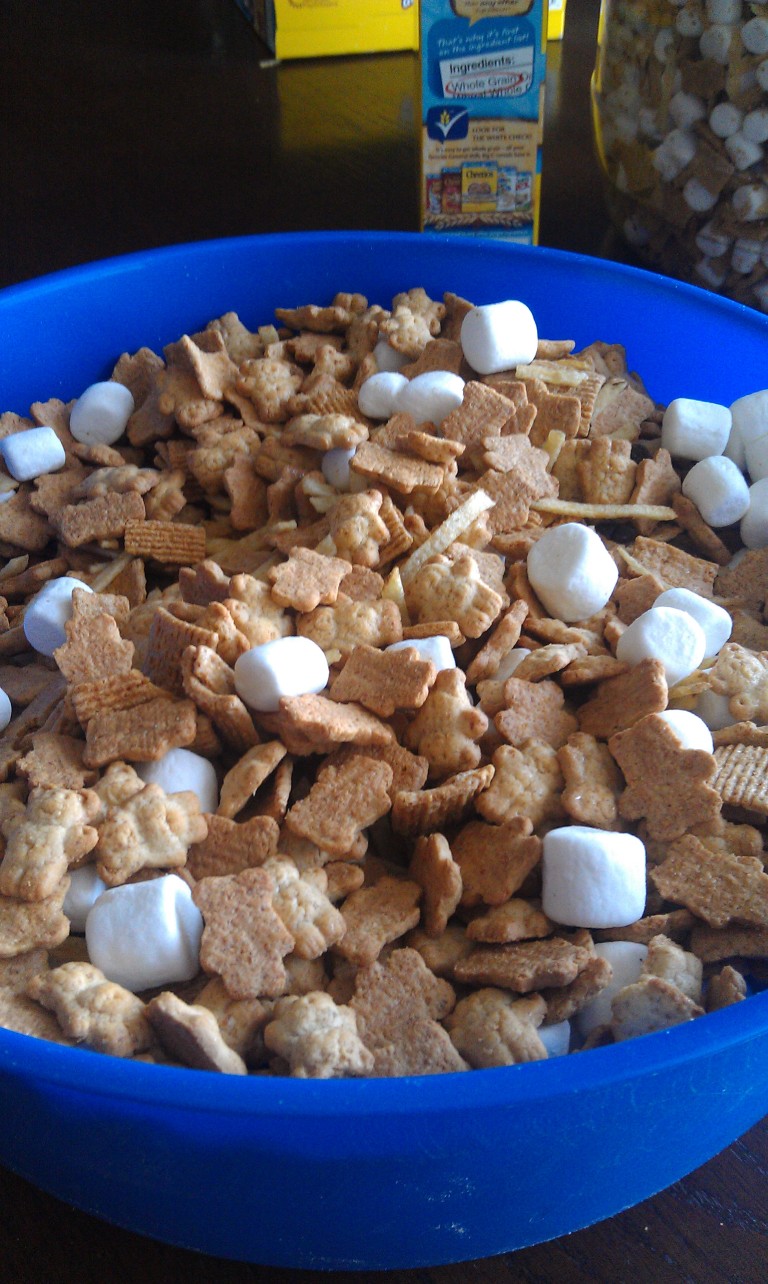 So to sum it up here are each of the peas versions of the Teddy Bear Snack Mix :

Go ahead and let your littles make thier own version of the Teddy Bear Snack Mix they will be so proud to do it all themselves (-:

Published by Mom of 2 Peas

Join 1,126 other subscribers
Follow Mom of 2 Peas on WordPress.com