It’s coming to that time of year again, it always hits me and for a week before I just can’t function right; maybe this will help.

May 9, 2010 was Mother’s Day that year.  We were at my ex husband’s family’s house after just laying his Grandfather to rest.  We got up and was ready to head to my family’s house to spend the day with Mom and Gram.  I get a text from my brother…”Gram was having trouble breathing they are at the hospital”  I text back if it was ok we would drop the kids off at the house with him and Mom and go straight to the hospital.  It seemed like it took forever to get my family in the car.  I was worried but reassured everyone she would be ok….she had to be.  Half way to Akron from Orrville (maybe 20 minutes) I get another text from Ben…..”just come to the house” ….. my heart sank, something was wrong ,,,,we were going to the house first why a text to come straight there? Oh my god…..I replied….”ok”.

So much happened that week my Mom left the day of the funeral with my sister and her family to live with them. I felt like we didn’t get to say goodbye to her. (she came to live with us a short time later).  I helped Grandpa with the bills, calling  all the doctors  to let them know she passed away, dealing with insurance.  I stayed there a week while my daughters were with my ex and his family.  I hated leaving him to go back to my life in Columbus, he was now alone…..his wife of over 50 years gone, his daughter who they took care of the last 24 years gone and now I had to leave.  Ben would visit every day and make sure he was eating and eventually took over the bills for him since he is there.  It was all just a process and six years later things are ok. BUT not a day goes by not a decision I make or mistake I pay for I’m not thinking what would Gram had told me to do.

I could go into how hard it had to be for her, raising her daughter all over again and her three kids when she should have been retiring and traveling the world with Gramps, but that would be a super long post because she sacrificed everything for us. I was lucky enough to know her for 34 years even more lucky that when I became an adult I could talk to her about everything she wasn’t just my Gram, she was my Mom and my friend.   We learned to not sugar coat things and even laughed because the look I get, that look Phoebe gets when we hear or see something stupid?? Yeah I got that from her….she gave me that look more times than I can count…haha.

I miss her, I miss calling every time I needed real advise, I miss her telling me not to be a “fool”, I miss her telling saying I love you.  Because the one thing she taught me is that true real love is out there.  The love that she and Gramps shared was true love, they would never give up on each other and always made us kids feel that epic love.

In the six years she has been gone, Ben has gotten married and had two beautiful children.  I got divorced and moved but stayed in Columbus.  We lost two cousins entirely too soon, family weddings and babies all over the place.   Things have never been the same, our extended families have sort of drifted but we are trying to stay together.  Ben, his family, Gramps, the girls are I are together every chance we get that bond will only get stronger.

My only regret is that I never truly got to say goodbye, I love you Gram. 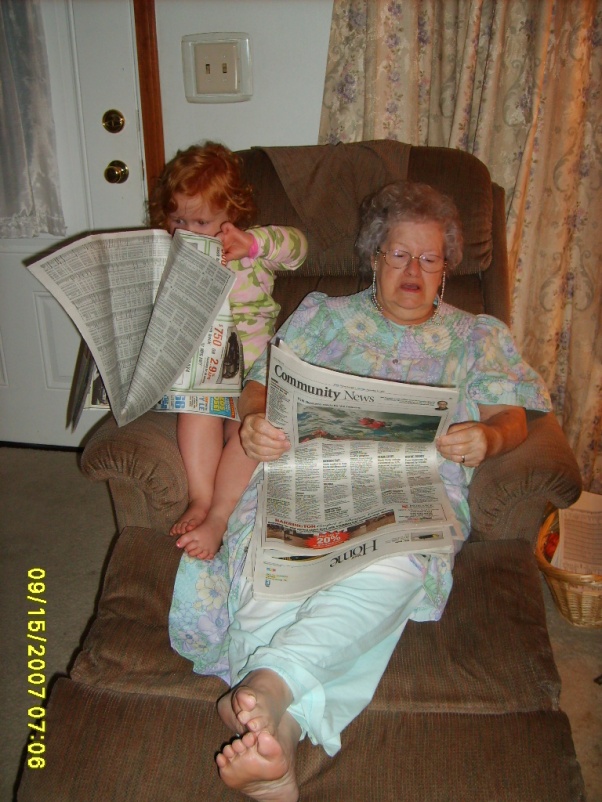 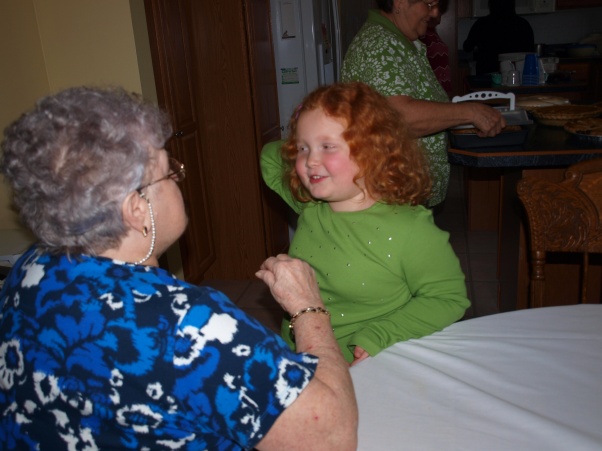 Join 1,126 other followers
Follow Mom of 2 Peas on WordPress.com